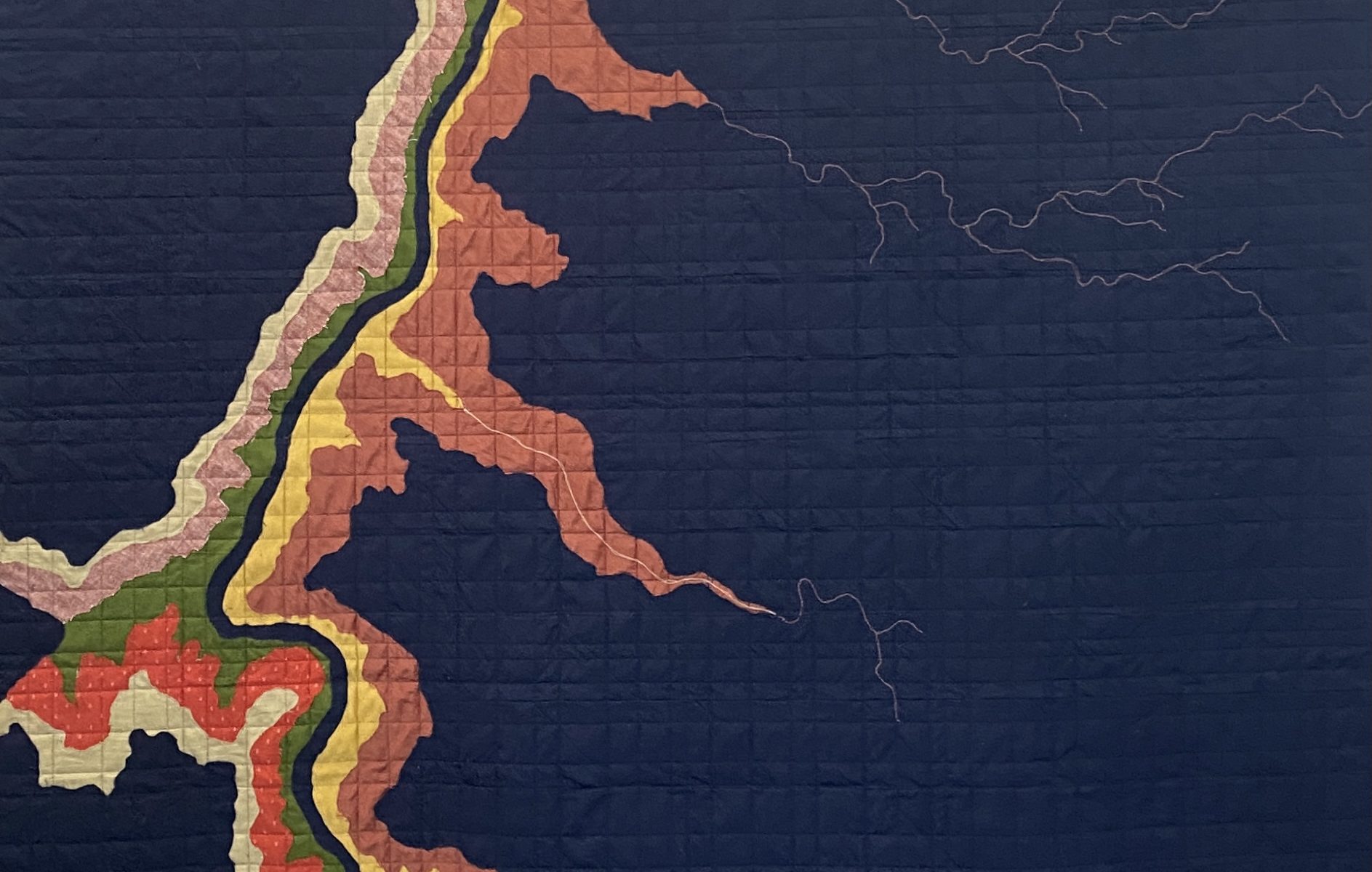 If you are looking at this picture and thinking “That’s not Horseshoe Bend,” you’d be right. It’s nearby, but this certainly isn’t it.

On our road trip last August, Hawke and I were heading north around the eastern side of the Grand Canyon. It was our third day on the road and we were heading toward Zion National Park; we didn’t have reservations anywhere and wanted to get to our next sleeping spot as early in the day as we could. We were making good speed, but as with all road trips, a bathroom break was needed, so we stopped at what looked like a rest stop. Turned out it was for a hiking trail and the fellow at the gate explained that it was just a 20 minute hike if wanted to do that after using the bathrooms, but we demurred and he let us through to use the facilities then hit the road again.

It wasn’t until we hit the next town and stopped for gas that we realized where it was that we couldn’t be bothered to do the hike. Horseshoe Bend. The gas station was filled with postcards and shot glasses, t-shirts and handkerchiefs depicting the phenomenal view that we had so easily skipped out on. We didn’t have time to turn around, so seeing it in-person will have to wait until our next trip around the Grand Canyon.

We did stop, in the pic above, at one of the canyon ends (beginnings) and I was awed by the vastness of it all. The canyons were far away and stretched on for miles. I’d seen the Grand Canyon many times as I flew around the country in the years before, but this was the first time I could see so much from ground level. It left me feeling small and insignificant. I sat on that for a while.

The Missing Horseshoe Bend quilt was designed with that feeling in mind. If you try to find this stretch of the canyon on a map, it takes a while (trust me). The Grand Canyon is massive on a scale that is hard to fathom, no matter your perspective. This bit of it is small and seemingly insignificant, but the truth is that it all comes together to create a geographic phenomenon that is massive and significant. Sometimes I forget that it’s the pieces that become the whole.

I love the Grand Canyon and designed this quilt to show just one tiny bit of it, taking care to trace the map as accurately as possible. I created a 50″ x 50″ background of pieced triangles, emulating Native American designs, by die-cutting salvaged cotton with my handy Go Big! and the Triangle die. Using a projector, I blew the image up and traced it onto the backing.

Then I started sewing and cutting. [gulp]

I did a raw edge appliqué and used different fabrics throughout. There’s silk, faux suede, linen, Essex linen, handkerchief cloth and a dotted Swiss. Each lends a different texture, which created more depth. Then a river of the background runs down the middle. Each layer was stitched down, carefully trimmed close to the stitching line, then another fabric added and doing the same thing again, ending with the trails of canyons out to the sides.

Karen from Cosmic Quilting did the longarm quilting for me and it turned out just as lovely as I had hoped it would. The quilted lines emulate the latitude and longitude lines of a map without being overbearing (thanks to Superior Threads MonoPoly Smoke). It’s always a little scary to send a quilt top off to be finished by someone else, but Karen hasn’t let me down yet, so I just keep doing it!

This one is backed with Cuddle® 3 Navy and looks fab, but I forgot to grab a photo before shipping it off to the Accuquilt gallery. Oops!