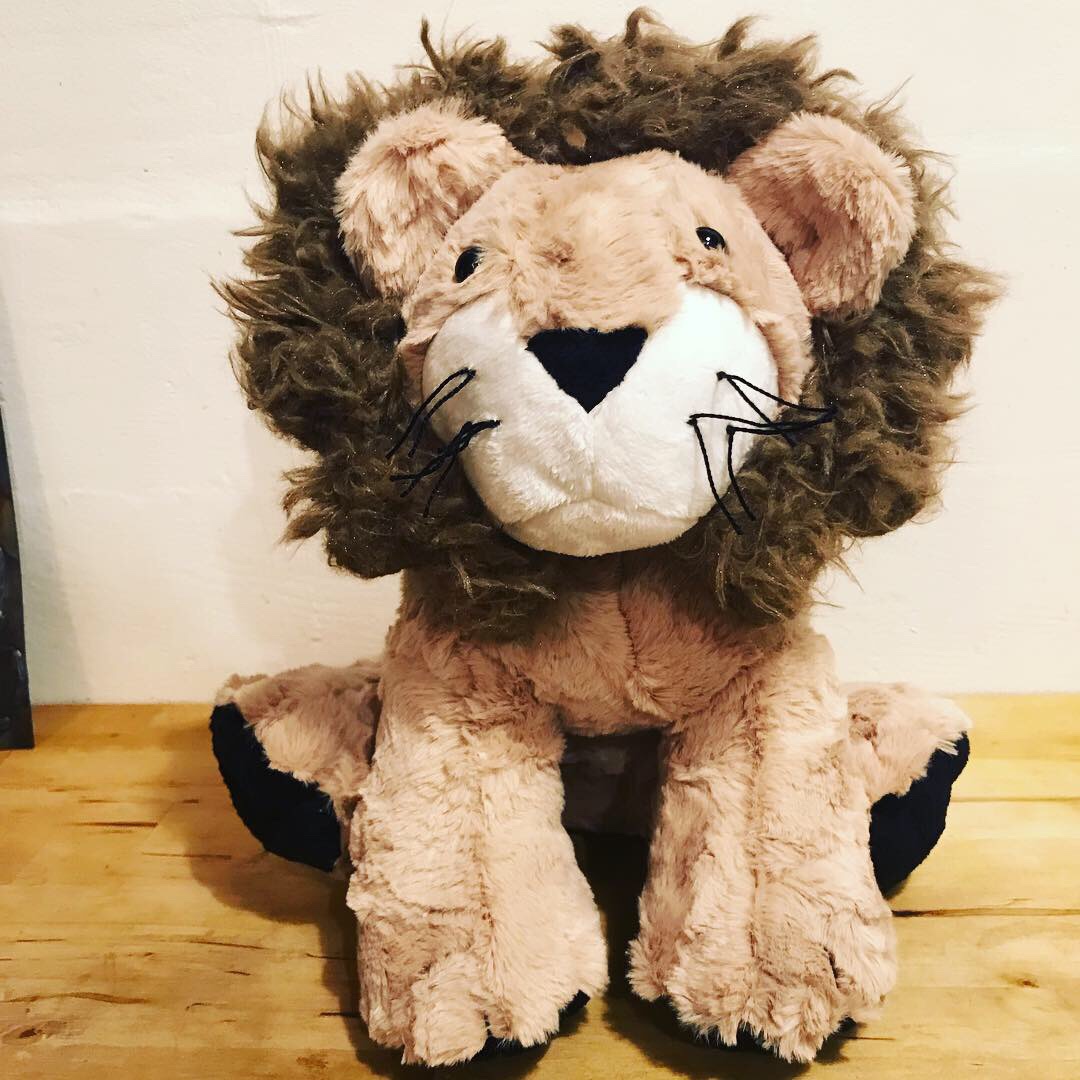 You’ve probably seen Funky Friends Factory patterns in a quilt shop somewhere along the way. They are popular among sewists, but usually whenever I’ve asked someone about their experience with the pattern, they admit that they’ve been too scared to try! Like so many fabrics and quilt patterns, these stuffed animal patterns often live in our stash but never get put to use. That’s just silly–give it a try!

As a pattern, Larry the Lion is cute, but thankfully I’d seen Gayle Camargo’s version in Luxe Cuddle and I knew it could be so much more. I used Luxe Cuddle Hide for the body, Llama Cuddle for the mane and Cuddle for the face. First thing I did was print out the pattern at 120% (in retrospect 150% would have been so much easier) and tape the pieces together as needed. I traced each piece on the back of the appropriate fabric using a Sharpie and then cut them out with my favorite Famore Scalpel Style Seam Ripper. Then it was just a matter of following the pattern. Honestly, Pauline is one of my favorite pattern writers; the directions are clear and she has photos and videos on her site to make it all even easier.

Once I got the muzzle put together, I was sold on it. So freaking cute already and it’s just six pieces so far!

One thing to remember when you are working with Cuddle is to use a walking foot. This would have sat forever under a standard foot, but the walking foot and a longer stitch length makes it sail right through (this is on the Bernina 350QE).

Another tool that really helped with this project was ByAnnie’s stiletto. It has a thin metal shank at the one end to help push fabric down under the foot as it sews. It also works beautifully to pull up the fibers that get stuck in the seams.

So I stuffed him really well with almost an entire 16oz. bag of Royal Silk fiber fill from Fairfield. First his feet and legs, then his head, but and finally his body. Just keep stuffing until he’s full, then knot off some threads for the whiskers and toes, and … ta-dah!

I’m so thrilled with him!! It’s a shame I had to pack him off for Quilt Festival, but I think he’ll be my new travel companion for classes in 2019. He’s too cute to leave at home.

P.S. If you’ll be at Quilt Market, come by booth #1400 and say hi! During Quilt Festival I’ll be teaching a bunch of classes and also in booth #100 doing demos. Hope to see you there!

One Reply to “Larry the Lion — sewing plush stuffed animals”