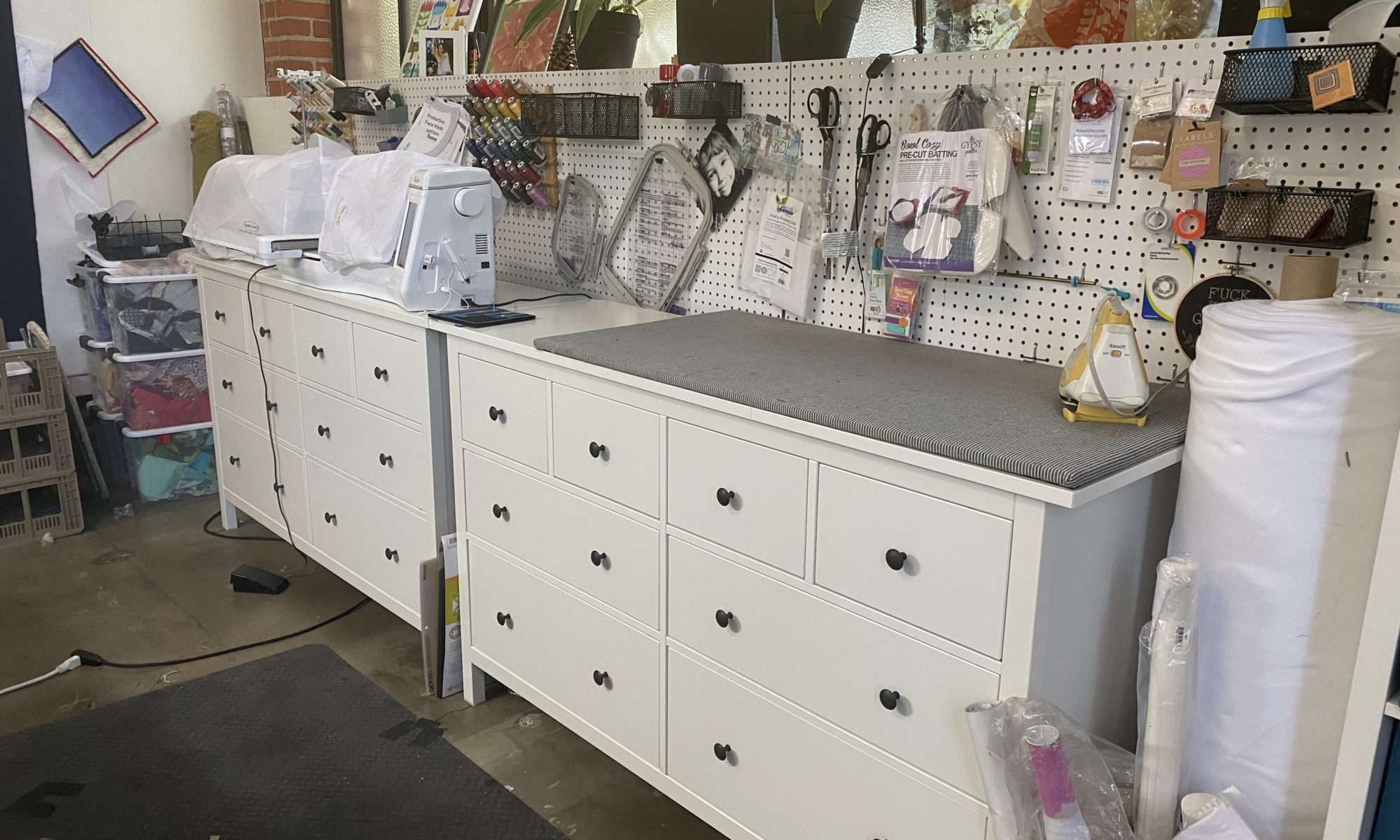 When I moved into this space two years ago, I brought along my Pfaff 130, the big cutting table, my ironing station, and a bookshelf. Since then… well, let’s just say that stuff has accumulated, projects have been started, machines have been brought in. It’s been a doozy of a couple of years!

Soon after settling in, another artist/resident was getting rid of some big grey melamine tables from a graphics design studio. They were the perfect height for standing and sewing (which is my preferred method for most projects) and they perfectly fit the space below my window. It seemed ideal. Until they weren’t.

END_OF_DOCUMENT_TOKEN_TO_BE_REPLACED 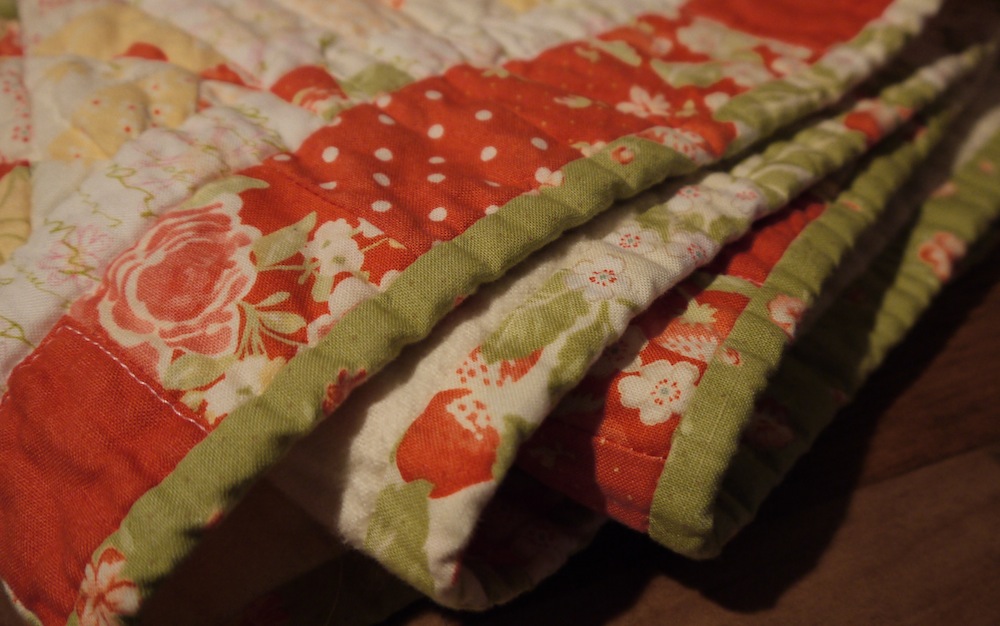 The newest baby quilt makes me so happy; it’s soft and cuddly and the sweetest color combo.