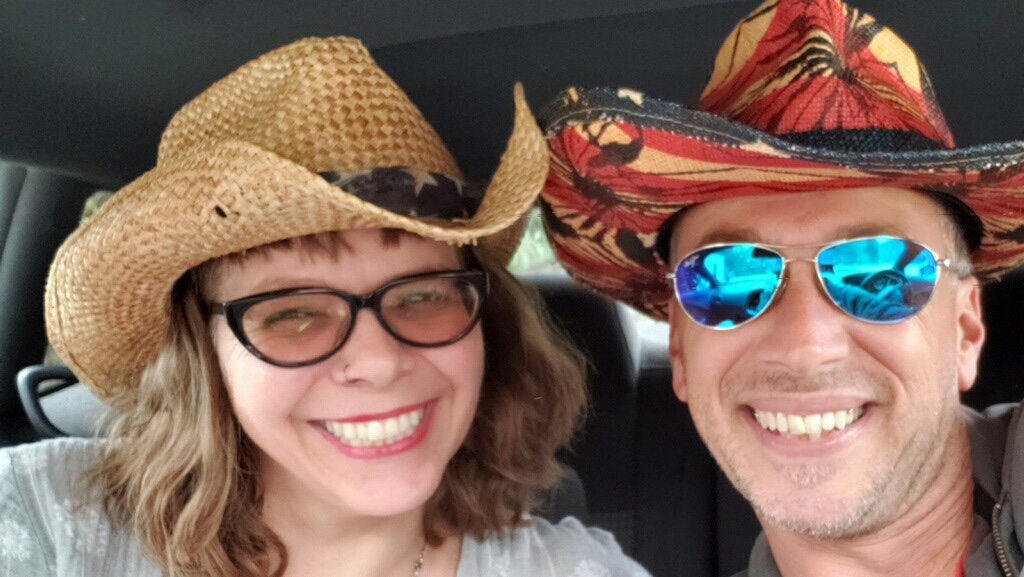 It’s been a whirlwind of a year and after three months of being on the road far more than I was off, I’m back home in Los Angeles. I’m busy cleaning my studio and the rest of my apartment, getting things back to a place that feels like I’ve, at least sorta, caught up with the time away.

People often want to know what is the best part of my job (the people) and the worst (not being home); I’ve realized that the hard part of not being home is so much more than not having my own pillow every night. It’s more about eating restaurant food every single day and not being able to work on projects and not being available for phone calls from family and friends. But I made it through and I’m home again.

Home. There’s something about how wonderful it is to have that I never realized until I was spending most of my time away from it. So now I’m basking in it and having cold cereal for breakfast and sweeping the floor and dusting shelves and doing laundry and loving every bit of it. Hawke is home, too, so we’ve had date nights and stay-home-and-watch-Netflix nights. It’s amazing how much the everyday monotony that folks complain about has really become the thing I ache for.

And my studio. There’s a list of 20 projects that I need to finish, not including any planned Christmas gifts, so I think I’m in trouble there. I’ve ticked a couple off the list (finishing my son’s quilt and making a sample for work), but there’s plenty more to keep me busy for the next five weeks that I’m in town. No rest for the wicked.

I’m here. It’s good. Next month, I’ll be teaching in Medford, OR and out at the Road to California show and I’ll be thrilled to be out teaching again. I already miss it a little. Yin and yang. Home and away. It’s all a balance and I’m learning how to do it better all the time.

If you’ve been reading this blog for long at all, you know that while I loved working for Robert Kaufman Fabrics in Los Angeles, the actual living down there sort of sucked. I’ve had a few people ask me if the decision to move back had anything to do with the company and, in fact, the opposite was true. If anything could have kept me there, it was them. Absolutely marvelous company with the nicest managers one could imagine working for. But the air was killing me and the cost of living required me to work another part-time editor job and take on extra sewing work with a variety of designers and magazines.

There’s only so much one can take of being sick and feeling miserable  and overworked all the time, so when the chance came and our lease was up, I decided it was time to bail on Los Angeles. I’d given it my best shot, but it just wasn’t working. I knew I could take the editor work and sewing north with me to Portland and that would be enough for me to squeak by while I found other commissioned work, submitted quilt designs to magazines and worked on some dreams I’ve had percolating for a while. I would be sharing rent and utility costs with my son/housemate to keep costs down and get to spend some weekends camping with my best friend.  I had it all planned out.

The publisher at the magazine I’d been working for went incommunicado and I’ve had nothing but a few commissioned pieces for income. My son found a studio apartment and moved out two weeks after we moved in. My bestie fell in love with someone else while I was gone. Best laid plans went belly up within a matter of weeks.

I’d wanted it to be a fresh start and hit the ground running once we were settled back in Portland, but it seems like the dust is still settling two months later. I’m still putting feelers out for part-time work with local shops, designers and students. I’m still cleaning and organizing and trying to make the house feel more like a home.

It’s slow going, this process of change and fluctuation. The unexpected chaos that happens when other people change their minds. But I’m plodding along, one day at time. A new social media consultant job here. A custom-made quilt there. Another quilt design and some editing work. It’s piecemeal, but at least it is something.

School starts for my daughter on Tuesday, the start of her junior year of high school.  We’re both a bit nervous, but I want to believe we are on a better path here. New and exciting, anxiety-provoking and scary.  Change isn’t easy and we both know it, but we’re hoping for the best and doing what we can to make some lemonade out of all this.

In the last few days before we left Thanh Hoa last September, I asked Mr. Thanh to help me with some shopping. I really wanted a hammock. They are all over Vietnam, in all sorts of styles. In Hanoi, street vendors try to sell them to the Westerners–“Silk. Very nice. You buy only $20.” I never took them up on the offer because one, I think they were lying about the silk part and two, I wanted the green one with a stand.

Mr. Thanh drove me on his motorbike from one shop to another, our helmets perched, unbuckled, on our heads. We finally found a shop that carried them and Mr. Thanh asked the price. 250,000 VND. A good chunk of change in those parts. I couldn’t bargain with any grace, so I asked Mr. Thanh if he would ask her to take 150,000 VND. I remember he looked a little worried; they talked back and forth for a bit and he asked if I’d pay 200,000 VND. Of course, I would. So we exchanged cash for hammock and I climbed on to the back of his bike again, holding the hammock to my chest.

“Sorry, Miss Teresa,” he yelled to me.
END_OF_DOCUMENT_TOKEN_TO_BE_REPLACED

What was originally intended as a dinner party, turned out to be an intimate family-style dinner with our household plus Stuart’s friend and his dad. The food was good and the view out the windows was beautiful, so as disappointing as it was to have to cancel the party due to the snow… well, at least was enjoyable. The trees that surround the house were covered with a fair helping of snow and the whole front yard was white.

As of this morning, the deck is still covered, the fog has hidden all the neighbors and it’s a bit of a winter wonderland out there.

If it melts we’re doing an encore performance of the dinner party. If not, maybe we can friends over tomorrow? Frustrating, but the kids love it.

As for me, it’s back to organizing my sewing area and prioritizing projects.

So certain niceties of life in America are missing here. One that’s come into clear focus here is the absence of kitchen tools. There are no mixing bowls; I use an empty saucepan. No measuring spoons, only a large spoon that I guess by. No one-cup or half-cup measure; instead I use a glass cup that looks like it might be about the same on one cup. We had no grater until yesterday when I found a handmade version at the market. Obviously made by hammering a nail into a piece of metal at an angle, then attaching that to a couple of sticks, it’s a primitive version of the one I have at home. But after trying to make hashbrowns last week by slicing into the potato then using the peeler/knife/bottle opener to make thin slices resembling grated potato… Well, I knew it was something I needed. The holes are a bit small, but I am hoping to be able to expand them a bit with the tip of the knife. The same knife I use to make holes in cans since I don’t have a can opener either. See, it really is the basics that you never even consider as luxuries. Those are the things I wish I had. A spatula. A can opener. Or one of the three blenders we have back at the house in Oregon. I sure will appreciate them when we return.

This is a photo of our kitchen now, complete with granite countertops, a shelf for dishes and another two shelves for food stuff. The sink is tiny, but it’s a real sink for washing dishes and includes a filter for the drain and a drying area to the right. Granted, the faucet isn’t firmly attached and swivels in every direction. But it’s so much better than what we had before.